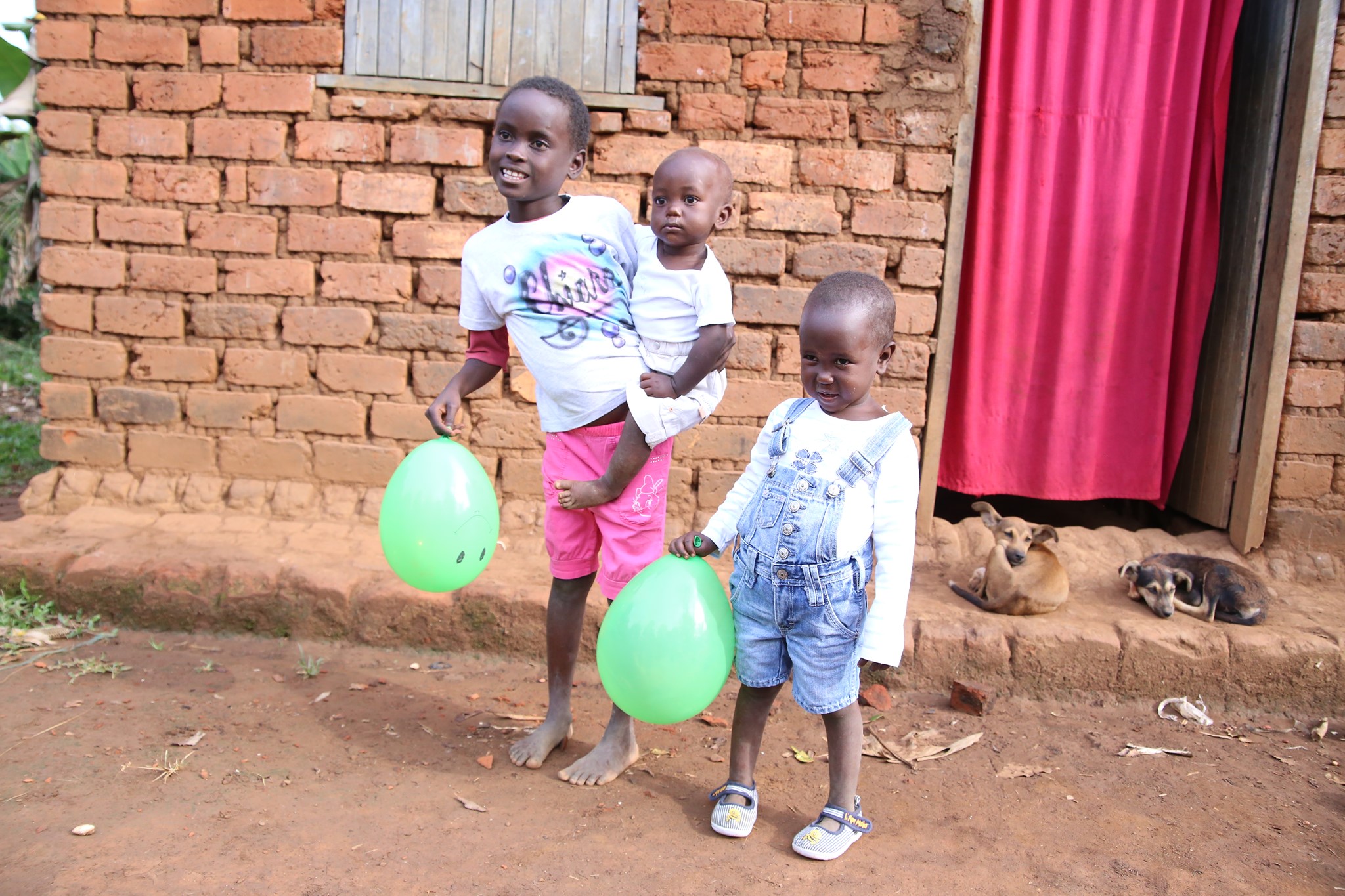 We went to visit the family of Priscila and Leticia, two little sisters supported by ROHP and we found something unexpected. The mother of these children had gone in search of work to feed her four children, but it had been days since she did not return and no one had heard from her. Priscilla, the oldest of only 8 years, was entrusted with the task of feeding and looking after the younger brothers, while Leticia was taken to the home of a neighbor.

When we arrived, they hadn’t eaten for at least a couple of days because they had run out of supplies. In addition to giving them new clothes and toys, we went shopping for them and we were able to get in touch with their mother via a neighbor’s cell phone. On the phone, she explained that she had failed to find any work in the district of Rakai and was forced to go to Kampala, the capital (more than 195km away) and would not be able to return soon. She explained us that she had asked an uncle to look after his family, but after knowing that he had not done so, in tears she thanked us for providing for her children during her absence.

Before leaving, we encouraged Priscila to be strong and to ask Jesus for help at all times. We also made sure that the neighbor kept an eye on the situation, contacting us if needed. This is just one of the many difficult situations that Rakai’s families live in.

We want to do the impossible to help them, one by one, with your help and the help of God.