OUR PROJECTS
THE SCHOOL
Play Video

ROHP is engaged in the renovation of a school located on land donated to ROHP in the district of Lwengo, in an area where there are no other schools in the area.
Local leaders as well as Rohp want to see this school open again for local children.
Our desire is to build a safe place where more than 200 children can not only learn school subjects but above all be able to grow thanks to the teaching from the word of God.

The existing school bathrooms were rather small and precarious structures and forced children to go into the bushes of the surrounding land for their needs, thus risking to contract diseases of various kinds.

Spending most of their days at school, the sanitary conditions of the bathrooms became a priority in relation to the whole project. Thanks to the donations received, we had the opportunity to begin a work of renovation and expansion of the bathrooms, which were completed within 3 weeks, before the eyes of young and old, moved and touched to see their hope once again built, brick by brick. The school’s renovation project is still very large, but like any large project, this too started with a small step. Thanks to you, dear supporter, we are changing the future of more than 200 children who attend and will attend the school in Bulimbale.

This summer we did a beautiful project for a couple of Italian spouses: the wedding favors made by the girls of our centers in Uganda.

Thanks to the donation we received we had the opportunity to renovate and expand a house that now hosts some orphaned children without a shelter, with a family that takes care of them. 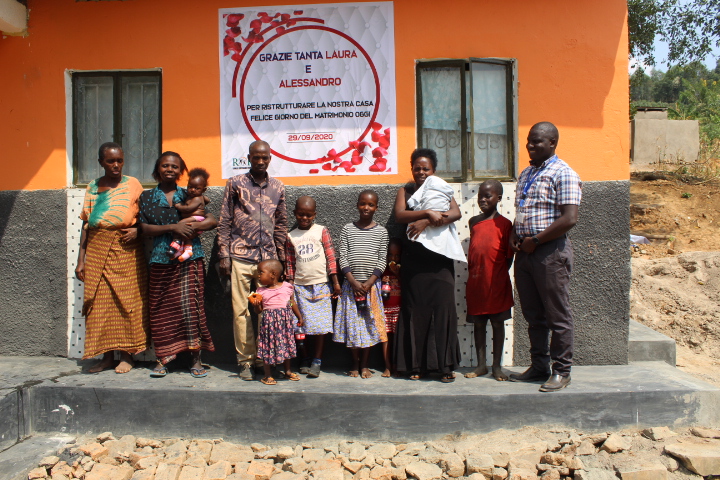